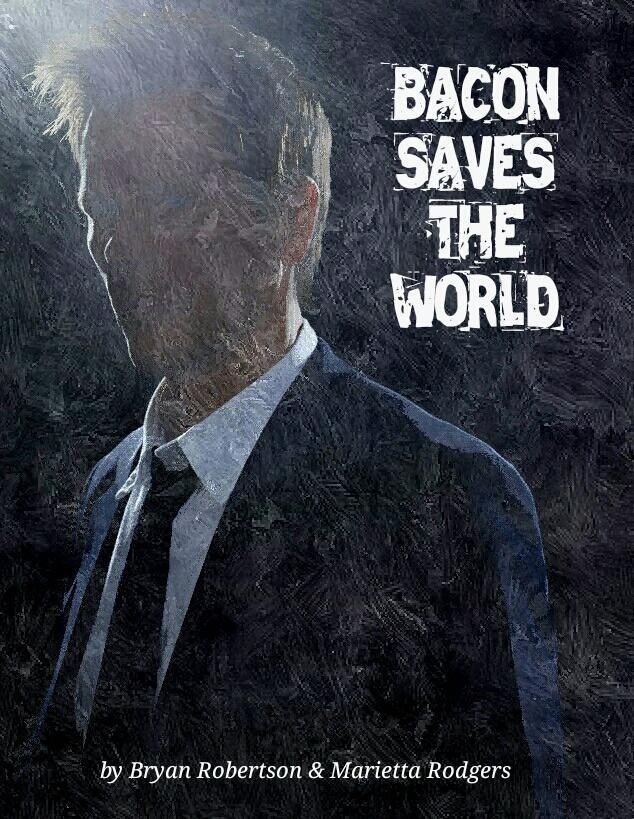 The Facts of Life

Tad, Rose, Katie and the waiter formerly known as Tom, were hunkered down in the sex dungeon, waiting for the commotion outside to die down before attempting to search for the others.

Shortly after the four formulated their, run like hell strategy for reaching the White House, they heard what sounded like another attack, followed by a series of muffled bombing noises. The bombing noises soon stopped and the ruckus outside the dungeon came to a sharp and sudden halt. The silence that followed was enough to peak Apollo’s interest and the others were getting stir crazy enough that they were willing to risk it, just to get moving.

“Oh you guys need to see this,” Apollo said.

One by one, they ascended the stairs of the sex dungeon and into a live action version of Van Gogh’s, Starry Night.

Smoke from what was left of the White House darkened the sky, as numerous small fires from death spheres that littered the ground, provided a much needed light across the landscape. There in the center, stood a lone figure breathing heavy with anger and holding sphere guts in each hand.

“Is that… Eastwood?” Rose asked.

“Eastwood!” Tad yelled out. “Did you just whoop all these things asses?”

Eastwood turned and looked at them, but remained silent. He was still trying to calm down. Tad started toward him and then Apollo. Rose and Katie reluctantly followed closely behind them.

“Dude,” Tad said eloquently. “You are the shiznit!”

“Eastwood, what happened to the White House?” Apollo asked. “Was The President in there?”

Eastwood looked behind him to the smoldering rubble, where the White House once stood.

“He was, but don’t worry about him. They started from the end and slowly bombed the length of the building. They were trying to squeeze him out. He’s smarter than that; he probably escaped through one of the tunnels.”

“I wonder where they could be now? Was my brother with them?” Tad asked.

“He was and they’re probably at Shoe Carnival.”

“Yes, Shoe Carnival. The main tunnel is blocked off; I set the charges myself. The other three tunnels lead to Shoe Carnival. I have no fucking idea why.”

“Yes, really fucking weird,” Eastwood concluded as he looked off in the distance, like Washington crossing the Delaware.

“We gotta get to that Shoe Carnival.” Tad said, obviously worried about his brother.

“We will get you to your brother and maybe while we’re at it, we can, I don’t know, find President Bacon and save the planet too. You know, if we have time.” Apollo said.

t’Evar came out of the bathroom and hurled the Space Boobs magazine at one of his minions, who was sitting at one of the control panels. The magazine hit him in the face and landed on the floor, opening up to the centerfold page. It was a picture of a Darcranian with six boobs. Personally, he thought six boobs was one too many boob, but he thought it better to remain silent, since his leader was still in a foul mood. The Staff Sergeant hesitatingly approached the Supreme Leader.

“Your Excellency, I can report two more confirmed kills. Neither was the President, but they were from his party.”

“Good, the more dead humans the better. I want this planet scrubbed clean of the human slime. Except for Detroit, leave them in peace, those poor bastards have already suffered enough.”

“As you wish, your juiciness.”

t’Evar left the control room and went back down the hall, to check on the doctor’s progress.

As soon as that weirdo doctor is finished transmutating Mardjii’s corpse into a Stamp Zzod, I can finish this war, he thought.

He was just approaching the door to La’burypraiv’s lab, when the door fell with a crash to the floor. t’Evar barely had time to move out of the way; it almost crushed him. Before he could ask what the hell was going on, a creature came through the door. It had to duck its head down, so that it wouldn’t hit the top of the door frame.

Holy shit. This thing must at least be ten feet tall if not more.

La’burypraiv came out right behind it. “Behold, your Stamp Zzod.”

The Stamp Zzod had two powerful hind legs and two over-sized arms, which were ripped with muscle. The arms and legs and the way it moved resembled a gorilla, but that’s where the resemblance ended. The creature’s chest was ripped; it looked like it had been body building all its life. It stood there, cramped in the hallway, motionless save for the heavy breathing.

“Is it under control, Doctor?”

“Yes, the shock suppository is inserted and online. I just lost control momentarily, while changing the batteries in the remote.”

“One, two, three, four, five…” t’Evar counted. “What are the five nipples for?

The doctor just shrugged his shoulders as if to say, why not five nipples.

The Stamp Zzod’s forarms were the size of massive boulders and sitting atop its short neck was a gigantic, bucktoothed, head.

“What’s wrong with it’s teeth? Why doesn’t he have fangs?”

“Well, you were in a hurry. I didn’t have time for any orthodontic procedures.”

It had two pointy ears and razor sharp claws. He took a closer look at one of the forearms, which had a tattoo of a six-boobed Darcranian, licking a melting Bardallo on stick; similar to an Earth popsicle, only a Bardallo was a space rat. It was a very sexy tattoo.

“What the fuck?” t’Evar asked pointing to the tattoo.

The doctor shrugged again. “Mardjii was a dick, but he had great taste. I couldn’t bare to defile such art.”

“Fine. Does it understand its assignment?”

“Yes, he is quite clear on what he is to do. Total annihilation.”

“He only grunts, but he understands what you are saying.”

“Tootie, I want you to rip that light fixture out of the wall.”

With one quick motion, the Stamp Zzod grabbed the hanging light fixture and pulled it out. Plaster rained down everywhere.

“Hey, those are expensive,” t’Evar said.

“You named it Tootie?”

“Yes, your Excellency. I am really into this Earth show called, The Facts of Life.”

“As long as it does its job, La’burypraiv, I don’t care what you name it. Hand over the remote.”

t’Evar placed a hand on his head as a human would to symbolize the onset of a headache, “La’burypraiv, you dumbass… You know our species is color blind.”

“Oh yeah; my bad. Well, the top button is the shocker and the middle button explodes the ass.”

The Stamp Zzod stood perfectly still, waiting for its next command.

“Stamp Zzod, go now and kill the President and anyone that tries to get in your way.”

“You have to call him Tootie, Highness.”

“For fuck’s sake, La’burypraiv… Tootie, go kill the President. Go kill them all.”