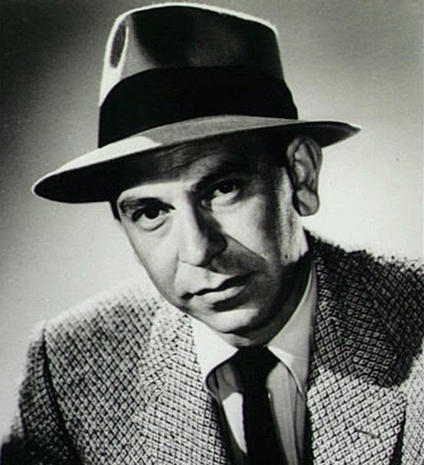 CREATIONISM IS A SCIENCE. Charles Darwin spent a month on the Galapagos Islands observing its animals. He took note of the variations of the same species of animal, especially the Finch, that existed from island to island. Each of the animals had adapted to their environment to survive and from this observation, he developed his theory of natural selection. Animals and plants possessed traits well-suited for their environment and all organisms share a common ancestor. Humans evolved from its closest ancestor, the apes. Blah, Blah, Blah…Bitch please! I mean Sarah Palin has already debunked that theory, by pointing out that we could not have possibly evolved from apes, because apes still exist. It’s impossible to argue with that kind of logic. So, take that Richard Dawkins! The most scientific explanation for all of life is Creationism, the belief that God created the world in six days and on the seventh day he rested. He rested, because it takes a lot out of you trying to perfect Tom Selleck’s mustache. The bible doesn’t tell us what he did on the eighth day, but we assume he played Mahjong and sipped cappuccinos. The book of Genesis tells us that God created all of life. He created Adam and then God took one of Adam’s McRibs and created Eve out of it. The book of Genesis is not to be confused with the plot of Star Trek II: The Wrath of Khan, where they were searching for a terraforming device called Genesis. God did not dramatically yell, “Khaaaaaaaaaaan! Khaaaaaaaan!” That was admiral James T. Kirk of the Starship Enterprise. After God took all the trouble to create the world, he got bored with it, much like playing with an Etch A Sketch and decided he would destroy it. God decided to spare a man named Noah and his family and told Noah to build an arc and put two of every animal that exists in the world on that boat. Creationism is a scientific fact, because it is a literal reading from the bible. You’re probably wondering how Noah managed to fit all of those animals in a boat. The answer is, with a shoehorn. Duh!

CLIMATE CHANGE IS A HOAX. Just like Orson Welles War of the Worlds broadcast, climate change is a hoax. It’s a slight of hand, a magic trick used by David Blaine. Climate change is a sham and puts undo regulations on businesses. You might have heard sea levels,temperatures and CO2 levels are on the rise and glaciers are melting at an enormous rate, but that’s just what the liberal media want you to think. Ninety-nine out of a hundred scientists agree that global warming exists and is man made. Those ninety-nine are just like those dentists, who recommend you don’t chew Wrigley’s gum and Wrigley’s gum is so minty and refreshing.

Our own President, world renown climate scientist tweeted, “The concept of global warming was created by and for the Chinese in order to make U.S. manufacturing non-competitive.” Boom! *mic drop* This was tweeted and Constitutions are one thing, but tweets last forever.

How could the world be warming up; it still snows? There’s an inconvenient truth for you right there Al Gore! Why question climate change, when fossil fuel companies emphatically deny the existence of global warming, and they have no financial interest to do so.

So, put your fingers in your ears and refuse to listen to ultra liberal Presidents like this one, who by executive order established the Environmental Protection Agency, “Clean air is not free, and neither is clean water. Through the years of past carelessness we incurred a debt to nature and now that debt is being called.” – President Nixon.

SOCIALISM IS BAD. AMERICA IS A CAPITALIST NATION. When you think of the word, Socialism, think Bernie Sanders, Communism and think Stalin. In that order. Don’t think Jesus Christ though. Jesus Christ was not a Socialist! He was a hedge fund manager on Wall Street. There is no such thing as corporate welfare either; Large corporations hate grants and tax cuts. Besides Social Security, Medicare, Medicaid, public schools, roads, libraries, fire department, the post office and prisons, I defy you to name one socialist program in the United States.

Bill O’Reilly television host and author of Killing Lincoln, Killing Jesus, Killing Kennedy and his next book Killing Myself said, “In life, anything worth while is difficult. If you want to achieve, you will suffer. Period. But the Socialist philosophy ignores this truism. It is based on entitlement that we have a right to live a certain way.” If Bill’s house caught on fire, he wouldn’t call the fire department, because he’s not going to let any of that socialist water touch his million dollar home by God.

Besides, the programs mentioned above aren’t technically socialist, since they are funded by unicorn tears and candy corn. Socialized medicine would be the worst of all socialist programs. Do you know what would happen to this country, if everyone had health care and drug companies couldn’t profit off sick people? There would be complete anarchy; it would be like an Apocalypse, except without Tom Hardy driving a kick ass muscle car, primarily because gasoline degrades over time, but I digress.

THE FOUNDING FATHERS WANTED A CHRISTIAN NATION. Most of the founding fathers were Deists, and who knows what that word means, because it’s from Old English. So, completely disregarding words we don’t know, as Christians, we know they were Christians, because all men we admire have to be Christians. Although the Constitution doesn’t mention religion, except in Article VI, that forbids any religious test for public office, the Declaration of Independence does.

“We hold these truths to be self evident that all men are created equal, endowed by their Creator.” I think we can safely insert the word God for Creator in there. The people who don’t respect this as a fact, also don’t respect America and the freedom that Bill Pullman gave us on Independence Day.

There is no evidence that the founding fathers weren’t Christians, except for these few obscure references.

“This would be the best of all possible worlds, if there was no religion in it.” – John Adams.

“Religious bondage shackles and debilitates the mind and unfits it for every noble enterprise.” – James Madison.

“Christianity neither is, nor ever was apart of the common law.” – Thomas Jefferson.

“Lighthouses are more helpful than churches.”  – Ben Franklin. What an arcane relic, that has no use in today’s modern, enlightened society. Just to be clear, I mean the lighthouses, not churches. Churches are still in use today, where else can you get a stale vanilla wafer on Sunday.

The next time someone wants to do their due diligence and present the facts, you can counter with your own set of alternative facts, without having to even get up from you futon. 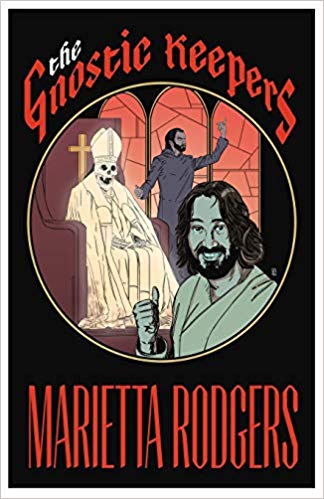